Get fresh music recommendations delivered to your inbox every Friday.
We've updated our Terms of Use. You can review the changes here.

Black Moon Lilith in Pisces in the 4th House 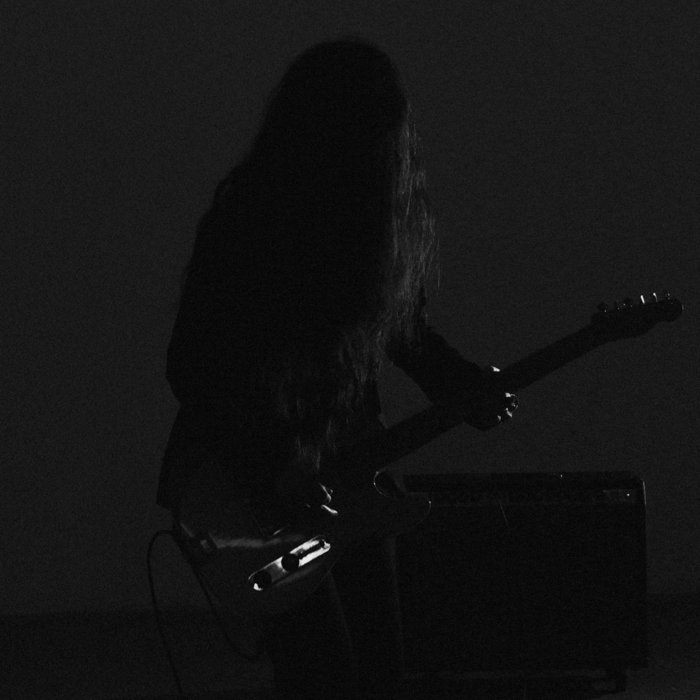 Lars Gotrich With just an electric guitar and voice, melodies float like ghosts, feedback moans into dark ether, and guitar strums weigh a ton. There are shadows of Khanate's extreme doom, but squealed and wrought from one person; the howling spirit of Keiji Haino, especially, lives in these scarily intimate folk songs that scream through ceremonies of grief.
buttondown.email/vikingschoice/archive/b33896f7-b144-468f-86e6-0bab5bd32f80 Favorite track: Wash.

Dan Lawrence Fascinating, beautiful, disturbing, and mesmerizing ritualistic blues. Imagine a meeting point of Diamanda Galas's La Serpenta Canta, Jarboe's Sacrificial Cake, and Boris's Amplifier Worship. A riveting document of grief which is all the more affecting for its relative restraint. Favorite track: 2 Coins (Tears are what god uses to lubricate its big machine of nothing).

tOm G Throwing the names of Keiji Haino, Diamanda Galás, and Jeff Buckley in the liner notes and being a pisces myself...had to give this a whirl, very curious to the rest of the album.

Mystical doom, hag blues, confrontationally pure, Black Moon Lilith in Pisces in the 4th House is a solo electric guitar and voice performance that is as much a cathartic grief purge as it is a droned-out metal colossus that summons the holy spirit. Informed by Korean shamanist ritual and the Korean tradition of P’ansori singing (which demands rehearsal next to waterfalls, in order to ravage the vocal cords), as well as by Keiji Haino, Diamanda Galás, and Jeff Buckley, this performance—termed “intimate metal” by a fan—is a grief ritual for my mother, who was a Pisces.

This record is a document of grief at the death of my mother. The journey the record takes you on begins with encountering death, the rage and violence that this summons; to the wash of grief, all the tears and heaving feelings that it brings; to a small, little crying-out in the dark; to, finally, not acceptance, but surrender to the annihilation of it. These stages of the story map to the songs: “O Death” is the angry encounter, a doom song that is violently bare; the washing tears is the song “Wash”; the small cries are the two ballads in the middle, “Family” and “Taking”; and then “2 Coins” and “Mary” at the end are the annihilation.

My voice and the guitar are two voices that are battling each other but also singing in a kind of desperate harmony. They keep trying to find each other in the dark. At times the guitar is ferrying me to the underworld, like the mythological ferryman Charon, and at other times, it is death itself. Both of us are demons, or are we angels. It’s also my mother, maybe. In the end, the body of the guitar is killed. I stand over it, like a preacher, and say the Hail Mary. My mother’s name was Mary. When I perform Black Moon Lilith live, I dress either like a preacher or a gravedigger. In a line, it’s about the labor of death.

Words I want for Black Moon Lilith: terrifying, annihilation, cosmic darkness, the song of whales, the sound of the void, deep time. It should not be easy to listen to, both in concept and affect. It demands attention because it’s an entire world from beginning to end that eats you. It should scare you but feel good, like it’s cleaning you out. It should be a heavy blanket of darkness that is comforting, like how a blanket can be too heavy but also be what you want.

All songs written by Johanna Hedva, except the American traditional “O Death”
Guitar and vocals by Johanna Hedva
Mixed by Randall Dunn
Mastered by James Plotkin
“O Death” recorded by Chandler McWilliams, Human Resources Los Angeles
“Wash” recorded and mixed by Pan Daijing and Turi Agostino, Amplify Berlin
“Family” recorded by Hedva, at home in Berlin
“Taking” recorded by Hedva, Amplify Berlin
Violin on “Taking” by Pauline Lay
“2 Coins” and “Mary” recorded by Francesco Donadello, Vox Ton, Berlin
Front photograph of Hedva by Ian Byers-Gambler
Back image by Chandler McWilliams
Thanks to Schorr Guitars for the guitar, and Rerun Electronics for the amp, on “Wash” and “Taking”
Thanks to John Herndon for the amp on "O Death"

Bandcamp Daily  your guide to the world of Bandcamp

sndtrak stops by with an Album of the Day Feature of his most recent release, FLIPS V1: Triple Lindy