Get fresh music recommendations delivered to your inbox every Friday.
We've updated our Terms of Use. You can review the changes here.

The Sun and the Moon 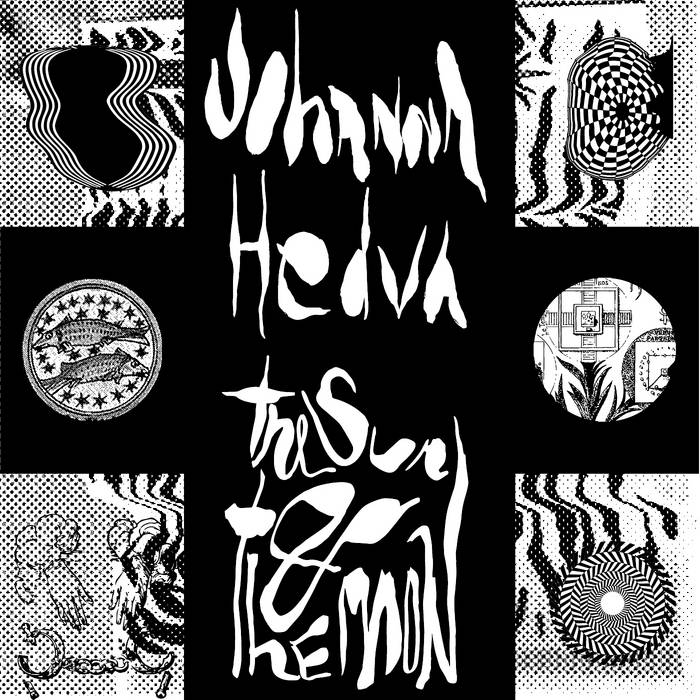 ***for the entire month of June 2020 all proceeds will be donated to Black Trans Advocacy Coalition (blacktrans.org)****

“Hedva sends a transmission direct from Planet Fuck and picks up every cosmic ghost along the way.”

—Henry Hoke, author of Genevieves and The Book of Endless Sleepovers

This is music for those who feel best in caves. Or in a galaxy of bits and pieces. Who unbreak by way of broken things. A living room full of mourners. A muggy bedroom full of half-read books with half-watched YouTube philosophy videos playing in the background. The Voyager Golden Records were failed invocations of what. A field trip to a scrapheap. A fever dream from when you were a kid that you’d do well to remember.

I took a decade-long hiatus from playing and listening to music, and when that was over, I made this. It’s a constellation of samples, ranging from quotes from Simone Weil to field recordings of a nine-year-old explaining the universe, the moon landing, and James Joyce. The samples orbit my own voice and the broken piano in my aunt’s living room, or I orbit them.

The word “libration” refers to “the wagging of the Moon perceived by Earth-bound observers caused by changes in their perspective.” The basaltic plains on the moon were formed by ancient volcanic eruptions, but early astronomers mistook them for seas, so called them “mare.”

The sun has not changed for more than four billion years. The sun is oblivion. What does it feel like to pass through that perfect heat into nothingness?

—Lara Mimosa Montes, author of Thresholes and The Somnambulist

“Radiance, long shadows, time travel, feedback-looping constellations, and then the bursts of wicked laughter, the super smarts, articulate rage, and the angry magnificence of being an artist.”

“In the language of flowers: love-lies-bleeding. But these sounds germinate on a remote orb just discovered, where the glow is ever after, amaranthine."

“The old ghost is in the studio. The theme is oh yeah. He went, then I went, and she went. This is the she pulse.”

“oof i love that gemini north node capacity to just actually do it all on one ep like some kinda neighborly reminder that it doesn’t have to come together to make you come undone.”

Bandcamp Daily  your guide to the world of Bandcamp

sndtrak stops by with an Album of the Day Feature of his most recent release, FLIPS V1: Triple Lindy